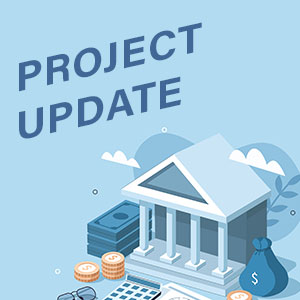 The GASB is in the final stages of developing new guidance on compensated absences, which is expected in the first quarter of 2022.

The new Statement will update guidance in place for nearly 30 years. While accounting standards are written to be durable, employee leave policies have evolved and changed in important ways over that time.

When Statement No. 16, Accounting for Compensated Absences, was written in the early 1990s, for example, employees received sick leave and vacation leave and both were treated as separate and distinct benefits that received different accounting treatments.

Sick leave was viewed as conditional on the event of employees getting sick. That was different than vacation leave because, the reasoning went, that type of leave was planned and could be known ahead of time.

The view of sick leave has changed over time as something that can be estimated with a high degree of confidence. A government might not know who would be sick or when, but it knew with some precision how much sick leave their employees took each year across the workforce—and that those numbers were consistent over long periods.

GASB pre-agenda research on compensated absences before the current project was added to the current technical agenda found a number of issues with existing standards, including a lack of guidance for certain types of leave that came into more common use over the past several years, inconsistent application of the guidance, and potential inconsistencies with areas of the GASB’s conceptual framework developed after Statement 16.


Early in 2021, the GASB issued an Exposure Draft detailing a unified model for accounting for compensated absences. After weighing feedback from stakeholders and redeliberating certain issues that they raised, the Board is nearing completion of its new guidance.

The new standards will define a compensated absence as leave for which employees receive (a) cash payments when the leave is used for time off, (b) other cash payments not associated with the use of leave for time off during employment or upon termination of employment, or (c) settlement through noncash means, such as conversion to postemployment benefits.

Under the new guidance, sick leave and vacation leave—as well as another now-popular type of leave, paid time off (PTO), which was not contemplated by Statement 16—will receive the same accounting treatment under a unified recognition and measurement model.

This model will feature more robust estimates of the amounts for compensated absences that a government will pay out or settle. The new standards also will be consistent with the conceptual framework definition of a liability.

More information on the GASB’s project on compensated absences is available on the project page on the GASB website, www.gasb.org.

From the GASB Chair