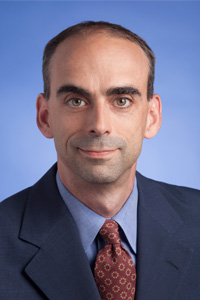 Getting to Know Jeff Previdi
Jeffrey J. Previdi was appointed to serve as vice chair of the GASB effective July 1, 2017, later reappointed to a second term that concludes on June 30, 2026. He began serving as a member of the GASB on July 1, 2016. Previously, Mr. Previdi served in a variety of roles for more than two decades at Standard & Poor’s Ratings Services, now known as S&P Global Ratings. Most recently he served as managing director and project leader in the agency’s risk program. In that role, he led a global team of individuals who analyzed and implemented rules stemming from the Dodd-Frank Wall Street Reform and Consumer Protection Act.

Mr. Previdi started his career at S&P as a tax-exempt housing bond analyst. He was later promoted to head the team that covers municipal structured finance ratings, eventually assuming co-leadership of the group responsible for all tax-backed ratings in the United States. Mr. Previdi also served on the U.S. Public Finance Criteria Committee for many years.

Mr. Previdi received a bachelor’s degree in economics from Connecticut College and a master of public policy degree from the College of William & Mary. He is a member of the National Federation of Municipal Analysts.