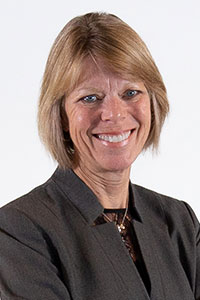 Dianne E. Ray began serving as a member of the GASB on July 1, 2020. Her term extends through June 30, 2025. Ms. Ray is eligible for appointment to a second five-year term.

Ms. Ray served ten years as the Colorado State Auditor. In that role, she was recognized for her innovative leadership style. In 2012, the Colorado Society of Certified Public Accountants and the American Institute of Certified Public Accountants named Ms. Ray as one of three “Women to Watch” in the Experienced Leader category. In May 2015, the University of Colorado Denver’s school of Public Affairs awarded her the 2015 Leo Reithmeyer Award for the Top Public Administrator in Colorado. In August 2016, the president of the National Association of State Auditors, Controllers, and Treasurers named Ms. Ray as recipient of the annual President's Award. In June 2020, the National State Auditors’ Association awarded her the William R. Snodgrass Distinguished Leadership award.

Prior to becoming state auditor, Ms. Ray served as the Office of the State Auditor’s (OSA) Deputy State Auditor primarily responsible for the financial audit of the State of Colorado. She began her career at the OSA in 2002 as Director of the Local Government Audit Division. Prior to joining the OSA, she worked in local government for 15 years, including as Director of Finance and Administration for the city of Louisville, Colorado.

Ms. Ray holds a Bachelor of Science degree in accounting from Arizona State University and a Master of Public Administration degree from the University of Colorado. She is a licensed certified public accountant in Colorado and Arizona.